This might come as a shock, but I was perusing a catalog of Catholic holiday decorations and came across the strangest "Catholic" tradition I believe I've ever seen. It's a game called "Hide the Pickle"

A pickle is used as decoration on the Christmas tree seems odd at first, but it is an old German tradition. When decorating the Christmas tree, it is traditional to hang the pickle last, hidden among the branches. The first child on Christmas Day to find the Christmas pickle receives a special blessing for the year and an extra gift! Great tradition to share with your family this year and for years to come!

Now, I say this with as much love in my heart as possible for my Church; but,
given the black eye sex scandals have given the Church in recent years, is it really appropriate to be hawking a game called "Hide the Pickle?"

Anyway, this may help explain some of the larger Catholic families.
Posted by Shit Admin at 6:27 AM 3 comments: 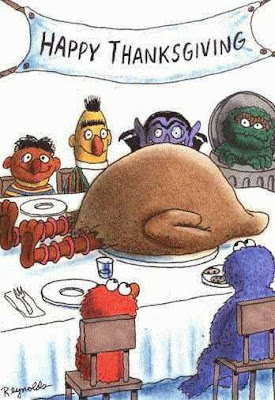 Posted by Shit Admin at 7:52 AM No comments:

It's been awhile since we've updated the shit list.

Provation and Charter, you've been on good behavior lately. You're off the list. But we'll be keeping our brown eye on you.

New on the list, debuting on the top spot...double dippers, and I'm not talking about the gross guy by the onion dip. I'm talking about the tools that steal from company A by doing contract work for company BM on company A's time. You know who you are.
Posted by Shit Admin at 7:02 AM No comments:

I have for you readers the first draft of President Bush's resignation letter.

Normally, I start these things out by saying "My Fellow Americans". Not doing it this time... If the polls are any indication, I don't know who more than half of you are anymore. I do know something terrible has happened, and that you're really not fellow Americans any longer.
I'll cut right to the chase here: I quit...! Now before anyone gets all in a lather about me quitting to avoid impeachment, or to avoid prosecution or something, let me assure you, there's been no breaking of laws or impeachable offenses in this office.

The reason I'm quitting is simple; I'm fed up with you people. I'm fed up because you have no understanding of what's really going on in the world. Or of what's going on in this once-great nation of ours. And the majority of you are too damned lazy to do your homework and figure it out.
Let's start local. You've been sold a bill of goods by politicians and the news media.

Meanwhile, all you can do is whine about gas prices, and most of you are too damn stupid to realize that gas prices are high because there's increased demand in other parts of the world, and because a small handful of noisy idiots are more worried about polar bears and beachfront property than your economic security.
We face real threats in the world. Don't give me this "blood for oil" crap. If I were trading blood for oil, I would've already seized Iraq 's oil fields and let the rest of the country go to hell. And don't give me this "Bush Lied... People Died" crap either. If I were the liar, you morons take me for, I could've easily had chemical weapons planted in Iraq ;so they could be "discovered." Instead, I owned up to the fact that the intelligence was faulty.

Let me remind you that the rest of the world thought Saddam had the goods, same as me. Let me also remind you that regime change in Iraq was official US policy before I came into office. Some guy named " Clinton " established that policy.
Bet you didn't know that, did you?
Now some of you morons want to be led by a junior senator with no understanding of foreign policy or economics, and this nitwit says we should attack Pakistan , a nuclear ally. And then he wants to go to Iran and make peace with a terrorist who says he's going to destroy us. While he's doing that, he wants to give Iraq to al Qaeda, Afghanistan to the Taliban, Israel to the Palestinians, and your money to the IRS so the government can give welfare to illegal aliens, who he will make into citizens, so they can vote to re-elect him. He also thinks we just need to sit down and talk to Iran and things would be better (what the hell do you think we have been doing behind the scenes), and we should stop our foreign aid to Israel . Did you sleep through high school or what?
You idiots need to understand that we face a unique enemy. Back during the Cold War, there were two major competing political and economic models squaring off. We won that war, but we did so because fundamentally, the Communists wanted to survive, just as we do. We were simply able to outspend and out-tech them.

That's not the case this time. The soldiers of our new enemy don't care if they survive. In fact, they want to die. That'd be fine, as long as they weren't also committed to taking as many of you with them as they can. But they are. They want to kill you, and the bastards are all over the globe.
You should be grateful that they haven't gotten any more of us here in the United States since September 11. But you're not. That's because you've got no idea how hard a small number of intelligence, military, law enforcement, and homeland security people have worked to make sure of that. When this whole mess started, I warned you that this would be a long and difficult fight. I'm disappointed how many of you people think a long and difficult fight amounts to a single season of "Survivor."

Instead, you've grown impatient. You're incapable of seeing things through the long lens of history, the way our enemies do. You think that wars should last a few months, a few years, tops.
Making matters worse, you actively support those who help the enemy. Every time you buy the New York Times, every time you send a donation to a cut-and-run Democrat's political campaign, well, dang it, you might just as well Fed Ex a grenade launcher to a Jihadist. It amounts to the same thing.
In this day and age, it's easy enough to find the truth. It's all over the Internet. It just isn't on the pages of the New York Times, USA Today, or on NBC News. But even if it were, I doubt you'd be any smarter. Most of you would rather watch American Idol or Dancing With The Stars.
I could say more about your expectations that the government will always be there to bail you out, even if you're too stupid to leave a city that's below sea level and has a hurricane approaching.

I could say more about your insane belief that government, not your own wallet, is where the money comes from. But I've come to the conclusion that were I to do so, it would sail right over your heads.
So I quit...! I'm going back to Crawford. I've got an energy-efficient house down there (Al Gore could only dream) and the capability to be fully self-sufficient for years. No one ever heard of Crawford before I got elected, and as soon as I'm done here pretty much no one will ever hear of it again. Maybe I'll be lucky enough to die of old age before the last pillars of America fall.

Oh, and by the way, Cheney's quitting too... That means Pelosi is your new President. You asked for it. Watch what she does carefully, because I still have a glimmer of hope that there are just enough of you remaining who are smart enough to turn this thing around in 2008.
So that's it. God bless what's left of America .
Some of you know what I mean. The rest of you, kiss off.
PS - You might want to start learning Farsi, and buy a Koran.
Obama already has his copy.

Posted by Shit Admin at 1:56 PM No comments:

I really wish I could come up with a way that I could be at my day job and somehow also get paid by somebody else for writing this blog.

There has to be a way to double dip like that. I can't fathom it would be a conflict of interest or anything of the sort. I mean, people do that all the time.

What I need is a business plan, a roadmap, if you will. I've been searching for my inspiration. I keep scanning the heavens, looking for a bright pulsing light....oh...there it...is my inspiration.
Posted by Shit Admin at 8:12 PM No comments: